WE ARE CURRENTLY ACCEPTING NEW PATIENTS. CLICK HERE TO BOOK AN APPOINTMENT AT BRAMPTON/MISSISSAUGA 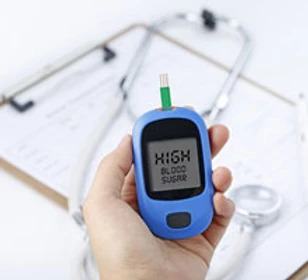 Does diabetes put your hearing at risk? 1 in 3 Canadians have diabetes or pre-diabetes today, many people aren’t aware of the impact it can have on your health, including the likelihood of developing hearing loss.

In 2013 a study found that hearing loss is twice as common in people who have diabetes than those who don’t. It’s hard to tell exactly how the 2 are connected but a 2008 study concluded diabetes may be causing nerve and blood vessel damage which can contribute to hearing loss.

Now the Key with research and studies is to understand correlation doesn’t mean causation. In other words, diabetes hasn’t been found to cause hearing loss, but the link between the two should get you to do some self assessment.

If you’re answering yes to 2 or more of these questions, you should consider getting your hearing tested. The unique thing about hearing loss is that the effect occurs very slowly, it can be easy to ignore minor difficulties here and there. Over time these difficulties become increasingly frustrating for both yourself and others around you. But addressing the problem early and taking steps toward a solution will make treatment for hearing loss a whole lot easier!

Click below to set up an appointment with our hearing healthcare professionals and get started on hearing better.